From the Archives: Why are Enrolled Agents So Crabby?

It’s a holiday week, so I’m re-posting popular blog posts from the past.

This is one of my favorites. It was among my first forays into editorial commentary and defending the EA designation. It’s too long and rambly (a common trait of my writing between 2011 and 2013) but I think I gave a game effort at explaining the psychology of being an EA. 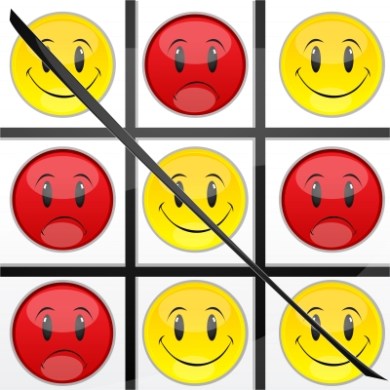 The Tax Girl, Kelly Phillips Erb, asked on Twitter today: “I am kindly asking why it seems that EAs are so defensive. I have, over the years, received a disproportionate # of grumpy emails/comments from EAs telling me about testing, etc. I don’t get this from any other tax pros.”

I am an EA myself, and I see this same grumpiness. I get the sense that some (NOT all and not even most, but SOME) EAs resent CPAs and attorneys. In particular, there are pockets of the EA world that resent the fact that CPAs are regarded as the premiere “tax people.”

Who “Owns” the Tax World?

Some of the frustration is legitimate. For example, the AICPA saying that CPAs “own the tax preparation business” is utterly ridiculous and offensive to any non-CPA in the tax world. (Question: Did the AICPA really say this? I have seen other folks say the AICPA has said this, but haven’t seen an original source.)

EAs Left in the Dust?

EAs also have a very real and legitimate fear that we will get left in the dust once the new RTRP designation gets rolling. After all, RTRPs have the phrase “tax return preparer” in their designation, while EAs are saddled with a designation that includes the word “agent” (automatic code word for “Works for the IRS, flee for your lives!”). EAs need to be educating the public, and we need help from our national association — help that I feel has been absent in the past (though the association says public education is its #1 priority in the new “3-year plan”).

It’s All About Education

Personally, I use the lack of knowledge about EAs as a talking point. I know I have a built-in “conversation piece” whenever I meet someone new. There is a 99.9% chance (almost literally) that they will have no clue what an EA is. I have an opportunity to educate them and set a positive tone. That’s all I can do. Having anger or animosity toward CPAs, or RTRPs, or the world in general, won’t help the public know what an EA is.