From the Archives: You Won a Home! Now What? Part 3 of the Series

In January of 2012 I started writing what I thought would be a short and simple series — 2 or 3 posts — about the tax implications of winning the HGTV Dream Home.

Unfortunately, as I was writing I kept thinking of new tax complications, and readers were suggesting things that made me reconsider parts of what I had written.

In all, it ended up being a horribly scatter-brained 6-part series, with almost every post having strikethroughs and addendums to deal with the new things that kept popping up. Despite the lack of cohesion in the series, all 6 parts remain popular. Here’s Part 3, complete with edits that I had to make on the fly.

Note: A reader pointed out that there are local covenants that likely make renting out the home impossible. See my follow-up article here. (1/26/12)

For the last two days I have blogged about the tax consequences of winning a home in a giveaway. (Click here for Part 1 and here for Part 2.) Today, I’ll talk about what I would do 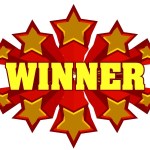 The conservative accountant in me says the best option is to NOT take the house and instead take the cash option, pay off all debts, and invest the rest in stable investments such as CDs. But if I thought the home could be rented and pay for itself, I would probably rent it out, and take out a line of credit against the home to pay off the tax hit of the prize winnings. 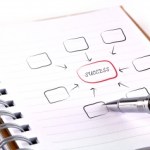 My wife is convinced we are going to win the $2 million HGTV “Dream Home” in Park City, Utah, so she forced me to do some in-depth calculations on what would happen if we rented out the home and took out a line of credit to pay the taxes on the prize winnings. (Okay, I’m a nerd at heart, so it didn’t take a lot of convincing to do this.)

(Note: assume that the home would be up for rent 335 days out of the year and used for personal purposes 30 days out of the year, thus keeping it out of “personal residence” deduction limits — but see the second footnote below — deductions are likely still limited regardless of the amount of personal use.) BUT SEE THE NOTE ABOVE AND PART 4 OF THIS SERIES – THERE ARE COVENANTS THAT LIKELY PROHIBIT RENTING THE PROPERTY AS I PROPOSE IN THIS ARTICLE.

My wife and I estimated that we could get $65,000-$70,000 of rental income each year. We also estimated that the rental expenses each year would come to about $65,000 a year (this includes the monthly payments on the line of credit, estimated property taxes, estimated utilities and estimated maintenance and upkeep). The home could, theoretically, pay for itself.

Only about 1/2 of the $65,000 of expenses would actually be tax deductible as rental expenses*. But depreciation on a $2 million home is  about $51,000/year**, putting total rental deductions at upwards of  $85,000/year**. This creates a sizeable rental loss,  but the loss would likely NOT be deductible because of the special passive activity rules involving “short-term” rental of property.**

The line of credit calculation is based on a 15-year term, so the home would be debt-free after 15 years and would create a solid stream of income after that.

What About Taking the Home and Then Selling It?

I don’t like this option. I could get a lot of money in a sale, but the home would be sitting vacant and sucking money out of my pocket until I could find a buyer.

To me, this is the fun part of tax work — the plotting and planning and what-ifs. These are my thoughts. Feel free to leave comments with what you would do if you won the home.

*-For those of you who care to see my calculations, feel free to send me an e-mail at dinesentax@gmail.com.

**-Tax law places limits on deducting losses from rental property that has an average rental period of 7 days or less per customer. Those limits likely apply to this example. Because of that, the depreciation period would be 39 years (so about $51,000/year) rather than the typical 27.5 years for a rental ($72,000/year)